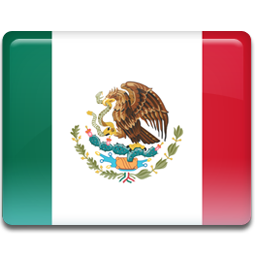 
Tulum (Yucatec: Tulu'um) is the site of a Pre-Columbian Maya walled city serving as a major port for Cobá. The ruins are situated on 12-meter (39 ft) tall cliffs, along the east coast of the Yucatán Peninsula on the Caribbean Sea in the state of Quintana Roo, Mexico. Tulum was one of the last cities inhabited and built by the Mayans, it was at its height between the 13th and 15th centuries and managed to survive about 70 years after the Spanish began occupying Mexico. Old World diseases brought by the Spanish settlers appear to have been the cause of its demise. One of the best-preserved coastal Maya sites, Tulum is today a popular site for tourists.

The Maya site may formerly have been known by the name Zama, meaning City of Dawn because it faces the sunrise. Tulum stands on a bluff facing east towards the Caribbean Sea. Tulúm is also the Yucatan Mayan word for fence, wall or trench, and the walls surrounding the site allowed the Tulum fort to be defended against invasions. Tulum had access to both land and sea trade routes, making it an important trade hub, especially for obsidian. From numerous depictions in murals and other works around the site, Tulum appears to have been an important site for the worship of the Diving or Descending god. Tulum had an estimated population of 1,000 to 1,600 inhabitants.

As mentioned, Tulum may have served as a port city for the Maya site of Coba as there is a sacbe road connecting the two. It might also have served as a principal way station along a Putun Maya ocean trade route stretching from Panama in the South to Champoton

Tulum has architecture typical of Maya sites on the east coast of the Yucatan Peninsula. This architecture is recognized by a step running around the base of the building which sits on a low substructure. Doorways of this type are usually narrow with columns used as support if the building is big enough. As the walls flare out there are usually two sets of molding near the top. The room usually contains one or two small windows with an altar at the back wall, roofed by either a beam-and-rubble ceiling or being vaulted. This type of architecture resembles what can be found in the nearby Chichen Itza.